To succeed, you might have to fail without giving in to the temptation to quit. Have the courage to go after what you want, regardless of the many times you will miss the mark. Seeing your dream come true will bring fulfillment in ways that will overshadow any failure you encounter. Giving up will only bring a lifetime of regrets. So instead of quitting when the going gets tough, push forward and claim your victory. The myths around failure.

When people commit to their dream, the expectation is that passion, coupled with excellent planning, will prevent failure. The truth, however, is nothing worth pursuing is that predictable. Many unforeseen circumstances can still knock your legs out from under you, even with all the planning. You could expect setbacks and still be ill-prepared to handle them. Certain things might catch you off-guard. You need to accept that reality if you are to build resilience in the face of adversity.

At ten, doctors diagnosed Kieran Behan, a young boy with a dream to become an Olympic gymnast, with a cancerous tumor on his thigh. The doctors decided on an operation to remove the tumor, but it went so bad that he suffered nerve damage. He received the news that he would never walk again. With great determination, Kieran started his journey of recovery. After fifteen months in a wheelchair, he found his way back to the gym, only to slip from a top bar a few months later. He sustained a head injury that took him out of school for a year. His determination to become a professional gymnast saw him retraining his brain to get his co-ordination back. Years later, he persisted and qualified for the European Championships. Unfortunately, the strain he had put on himself had caused several fractures and a blown knee. The youthful man was ready to give in until he remembered his goal. He pushed himself past the pain to become the Challenge World Cup floor champion in 2011. He realized his dream of competing at the Olympics when he qualified as a contender in 2012. Though he never won the gold medal, the young man's resilience brought him where the expert doctors had said he would never walk. Kieran did not let anyone steal his dream from him.

Failure does not always mean that you should rethink the vision. Sometimes, it means your methods did not work the way you thought they would. It could be the right indicator towards a better way of tackling the work ahead. Do not quit because you failed once. Instead, give yourself room to fail a few more times before throwing in the towel. Somewhere along the way lies victory. Don't miss it just because you encounter a few stumbling blocks.

How to stay motivated when quitting is easier.

Remember the excitement you developed upon discovering your passion? Everything seemed so possible, so within reach until you encountered the first few hurdles that showed you, it would not be a walk in the park. When you doubt yourself and your ability to perform well in your endeavors, take time to remind yourself why you chose that dream. Remind yourself of the strides made so far and how those achievements validated your pursuit. Remind yourself of how it felt to see things falling into place, and it will encourage you to jump right back into it.

Many people lose sight of the bigger picture when things take a sticky turn. This loss of focus is dangerous as it amplifies failures. It becomes easier to compare your progress with your peers, and comparison seldom yields any good. Keeping the end goal within your sights will help the vision seem closer and more attainable. Visualize the feeling of contentment you will get once the rewards come through, and it will motivate you to pull through towards your victory.

Successful people are risk-takers. They will do what no one else is comfortable doing. Whatever seems daunting to the ordinary person is fodder for a winning mindset. While it is essential to plan, one can easily quit at the planning stage because they feel they are not up to the task. If you are going to win, you will need to perfect the art of leaping into challenging tasks before you are ready. Do not allow room for stagnancy. It only brings a greater level of discomfort and disappointment in the event of setbacks. Always stretch yourself to build resilience for adverse seasons. Set a few challenging goals that will shake off complacency and gear you up for tough times.

No man is an island. While you must be ready to pursue your passion alone, you will need others to achieve your dream. Surround yourself with a healthy support system. The kind that does not clip your freedom to try things and that is available to help build your confidence back up when things are not going your way. Find people who can provide a safe space in which you can discuss your fears with no fear of judgment or ridicule. Reach out to people who have gone ahead of you and find out how they stayed the course when faced with challenges of their own. Stay away from people who say, "well, at least you tried."

When quitting is tempting, look at yourself in the mirror and repeat, "I will not quit until I am living the life I dream of!" 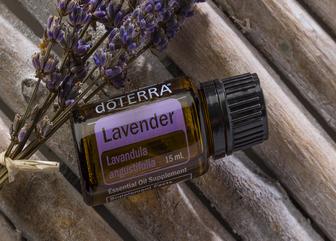